A brand to communicate and a new product to make known 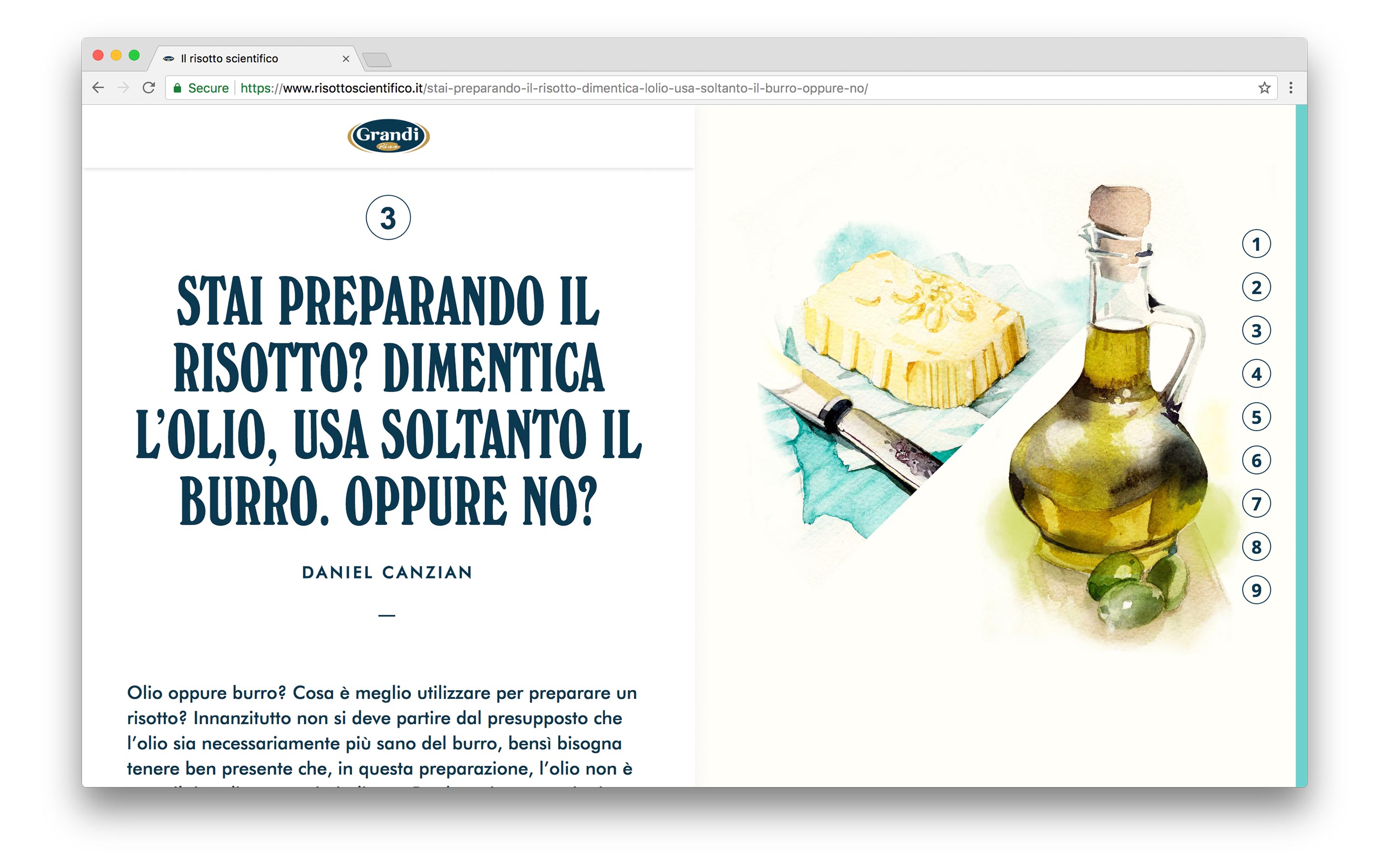 Grandi Riso needed to increase its visibility and the awareness about knowledge the brand, as well as to launch the new line of rice in purity. This is why they asked us to study a digital campaign to communicate the brand know-how about the rice world to a keen on cooking target.

Grandi Riso is one of the major Italian players in the production of rice. Sold through large retailers, it has recently introduced a new product line, exclusively distributed by Fico: I Grandi Puri.

Since the initial analysis we made, it immediately emerged that when we talk about rice, the risotto is a much discussed topic.

Widely present on Italian tables, especially in the North of Italy, risotto is one of those dishes on which people are at odds. From creamy to broth, to the pressure cooker, there are many issues on which a debate is created and everyone has obviously their own opinion and desires to express it.

We worked on a strategy that started from this insight clearly expressed by the target and aimed to insert the voice of Grandi Riso as an authoritative point of view in the continuous dialogue around the theme of risotto. 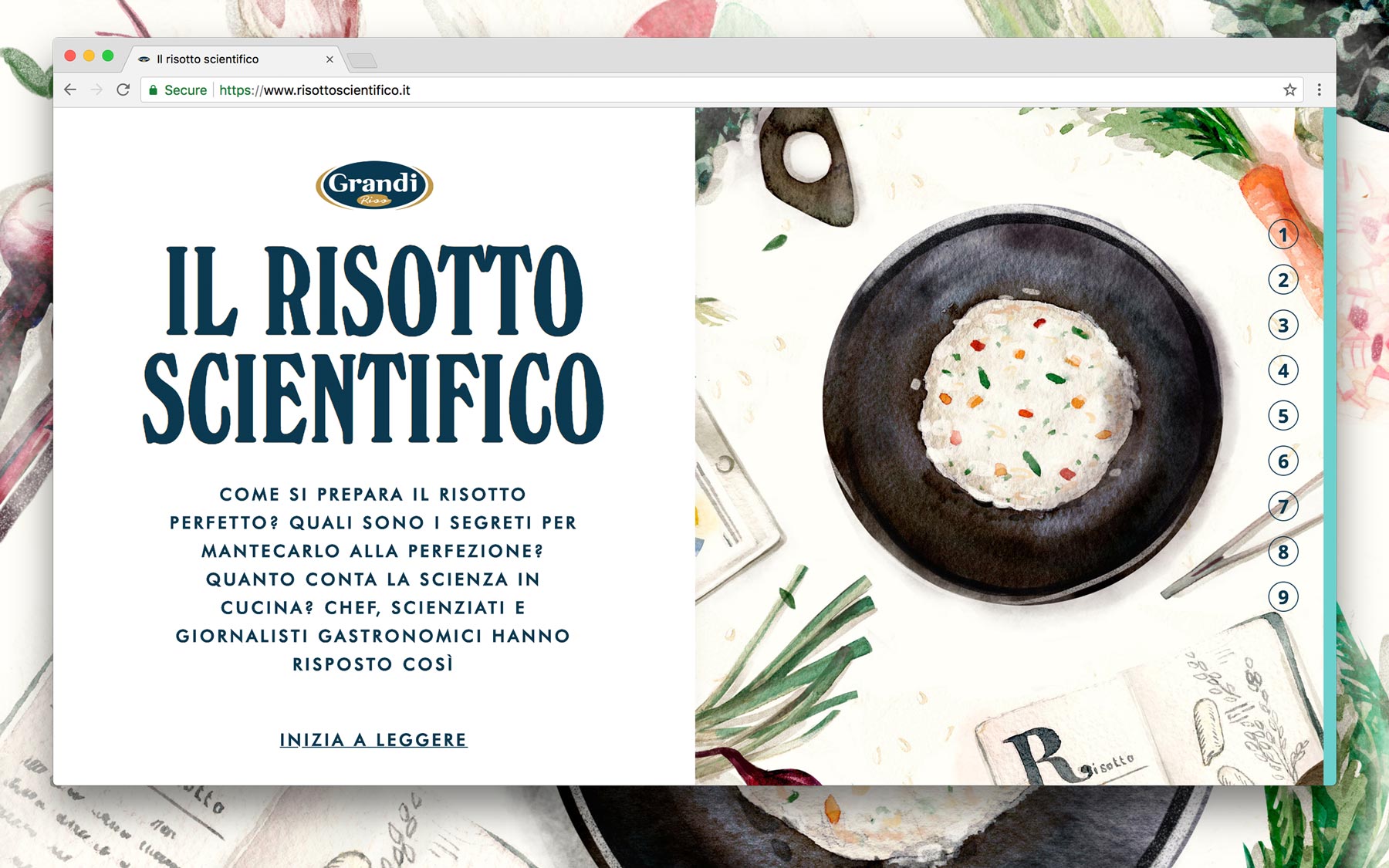 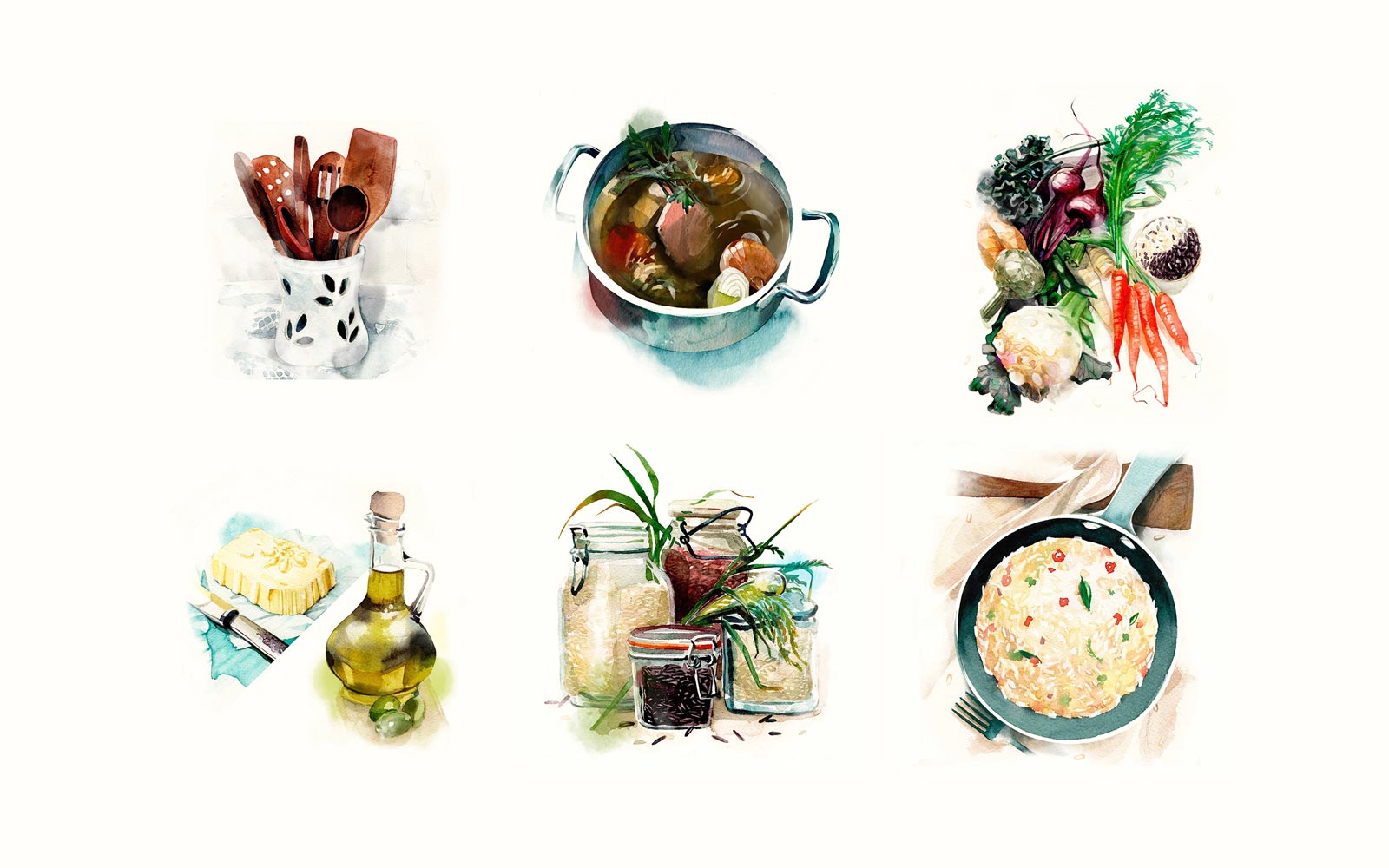 An editorial project that generates discussion

We asked two questions to ourselves: how to give credibility to the brand and encourage the dialogue around the project?

This is how Il Risotto Scientifico was born, an editorial project promoted by Grandi Riso, to tackle 360-degree the theme of risotto,

through the renowned voices of exceptional contributors. 10 leading figures among scientists, chefs and popularizers to whom we have asked to answer to as much questions.

The aesthetics of the cooking manual

Reflections and advice have been collected on an editorial website, with a clear visual reference to the language of vintage cooking treaties, to underline the link between the risotto theme and the traditions handed down and rooted in Italian culture.

Each item was accompanied by a watercolor artwork ad hoc created. We have chosen to represent the articles with the technique of watercolor to create a link with the line of "Grandi Puri" recently marketed by Grandi Riso and to highlight the deep bond that unites rice to water.

The exchange of opinions with users

The contents were then shared on Facebook through an editorial plan aimed at triggering the interaction. For each post, indeed, the same question asked to the author was asked again to the social users in a provocative way to induce a discussion around the topic and curiosity towards in the opinion of the expert.

Gummy Industries exists to travel, to meet as many people as possible and to make new friends.